This version of salpicao is I think the healthiest version of salpicao because the meat used is cooking this dish is tuna steak which is rich is Omega-3 fatty acids compared to pork, chicken or beef salpicao. But the only downside is the price. It is more expensive than beef, chicken or pork. Anyway it won’t hurt your pocket so much if this tuna salpicao is served only once a month and not buying a sashimi grade tuna. Cooking this dish is also easy and since it is fish, it requires less time in cooking.

To tell you how easy it is, you only need to make a marinade using garlic, liquid seasoning, soy sauce, peppercorns, paprika and calamansi juice. Then marinade the tuna cubes for a few minutes so the seasoning and flavorings will be absorbed by the fish. Then saute some garlic and use the same oil in frying the tuna cubes. Make a butter sauce by combining and heating butter, oyster sauce and water until it becomes and oily sauce. Then put the tuna and sauteed garlic, cook and stir until the tuna cubes are well coated with the sauce. You can now serve it with plain rice or fried rice. 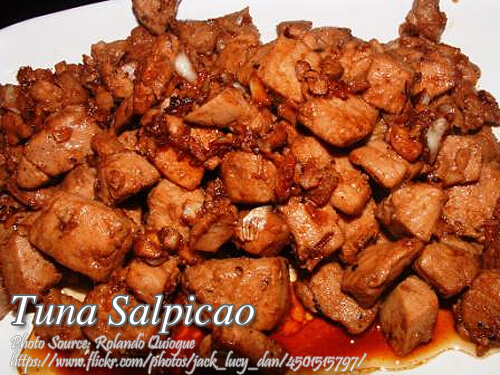 How to cook Tuna Salpicao

How to cook Tuna Salpicao: 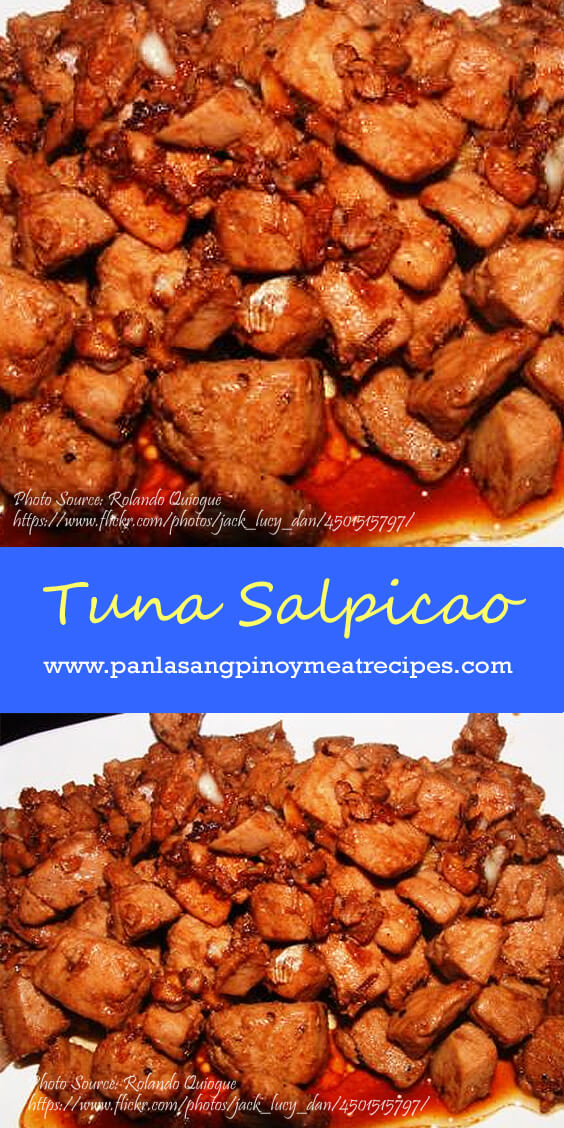