You are here: Home / Chicken Recipes / Ginisang Sayote with Chicken

Actually I came up with this recipe with one thing in mind, to buy the ingredients on less than 100 pesos. I’m in a survival mode this time and wanted to stretch my budget. I was thinking if I will buy pork, it will be more costly and since I don’t wan’t to buy the ingredients at the town wet market (Bayan) I’m forced to buy the ingredients on a nearby mini talipapa but the problem is they don’t sell fresh chicken or pork, and most of them are frozen because the meat they are selling are those not sold the other day. I was thankful there is a magnolia chicken seller nearby which has better quality even they are frozen. So that saved the day. 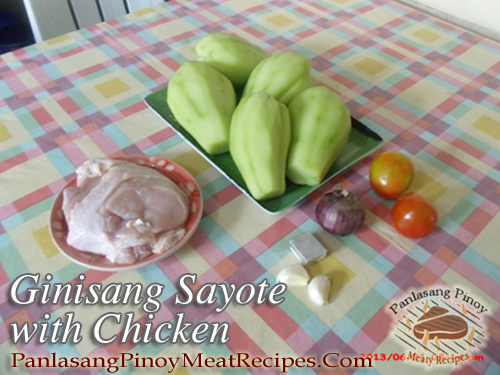 How to Cook Ginisang Sayote with Chicken

How to cook ginisang sayote with chicken: 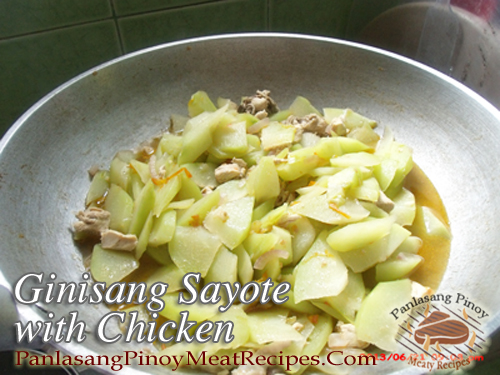