A very simple and tasty seafood dish with coconut milk that you can cook with ease. This ginataang alimasag dish, (which is crabs in coconut milk) are combined with vegetables such as squash and stringbeans. Although there are other versions of ginataang alimasag that don’t have those veggies and only uses dahon ng sili (bird’s eye chili leaves), the name of the dish are often synonymous. I just included those veggies in the title to differentiate it to the other ginataang alimasag version. Usually the kind of crabs used in this dish are blue crabs which are often sold in the wet market or supermarkets. But you can also use the mudcrabs which are more expensive. And with regard to cooking this dish, the method we used is cooking the veggies first before putting the crabs but if you like to have your veggies slightly half cooked, you can do vice versa by cooking the crabs first before adding the veggies. 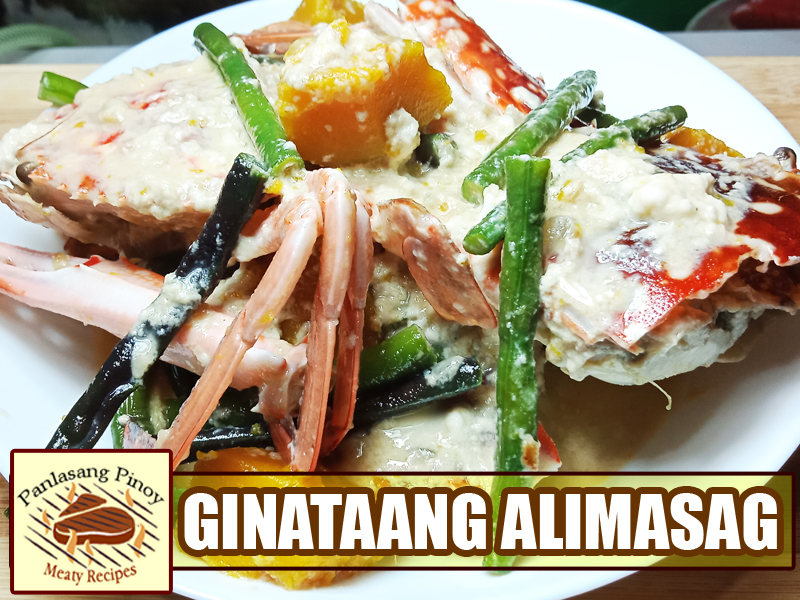 How to Cook Ginataang Alimasag sa Kalabasa at Sitaw: