This holiday season there are many ideas of serving food just to celebrate. I think this pork hamonado roll is one of the popular dishes that is not so hard to prepare and cook. It is also cheaper than using beef like the morcon. It is also easier to cook because it requires less time cooking it because it uses pork shoulders or pork butt. The only tricky part in preparing this dish is slicing the meat because it requires some butcher skill to slice the pork thinly, about half an inch thick and in a continuous sheet of sliced pork. Half of the time in preparing this can be cut by just asking the meat vendor or butcher to slice the pork for you. Just request that you will use it in making pork hamonado roll. 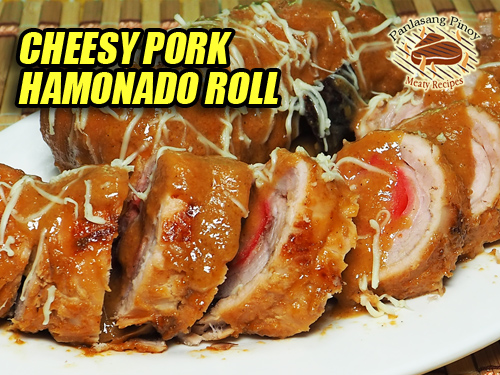 How to Cook Cheesy Hamonado Roll

How to Cook Cheesy Hamonado Roll