This pork dish is perfect for holiday season or special occasions but very simple to make. You just need to braise or brown the pork then marinate it. Then cook it in the same marinade until tender. Actually the method I used in braising the pork is marinating it first then braising it as you can see on the video. But the will slightly burn because the marinade contains sugar and pineapple juice. The reason why I tried that method is to have a resemblance and aroma of Christmas ham that has a burnt sugar on the skin. Some may dislike it so I think it safer to use the method of frying the pork first before marinating. I also have a similar pork hamonado which is smoked first before marinating which I think is a better method. 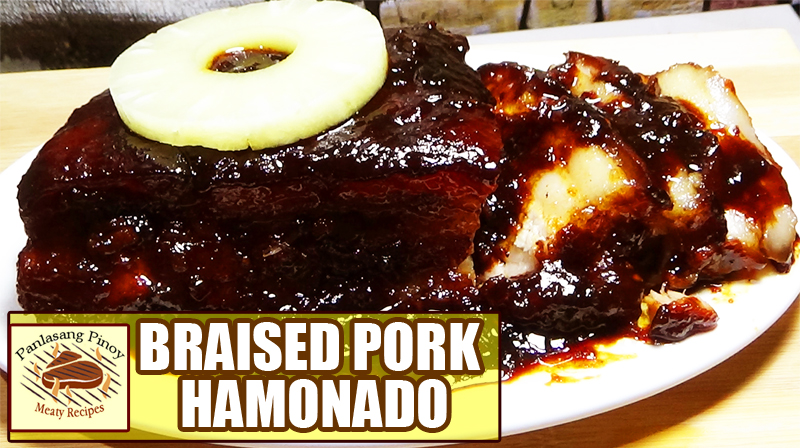 How to cook braised pork hamonado: