This is an appetizing and presentable dish which is not as hard to prepare as you think. Just a little practice will make it perfect. The only hard part I think is process of making the chicken lollipop. It requires some effort and knowledge to do it. But the cooking part is easy. Just like cooking your favorite fried chicken. In making the batter, it is also simple and you don’t need to add any beaten eggs which easily burn the chicken batter. Instead, only cornstarch is used and mixed with the marinade you used in marinating the chicken and presto! you already have a batter for the chicken lollipops. 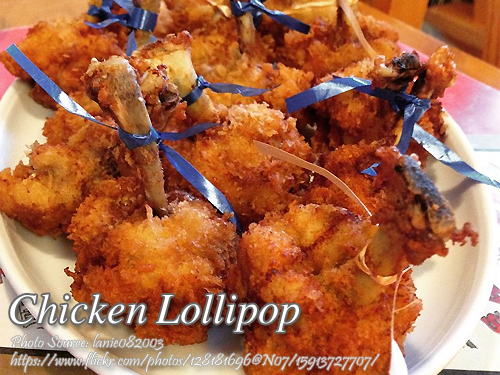 How to Cook Chicken Lollipops

How to make Chicken Lollipops: